I wanted to write something without too much virtue signaling. When I look at earlier posts, I see something like a trophy board to show everyone how smart and likable I am. Although everything I wrote about back then was and is really interesting to me, it still seems dishonest somehow. I guess my current mood is different from the one I used to have.

So I want to try something different. I’m going to write about the books I absolutely love. Not about philosophy or the role of technology in today’s world. Just 3 books that have made the last seven years much more pleasant for me.

This kind of writing is harder to do because it makes me more vulnerable, it’s not only about the books but about me and my history with them. It’s something dear to my heart: what if you don’t like it? What if you criticize me and my haphazard way of gushing about these books?

Well, for the joy of writing this, I’m still willing to take the risk :-)

I’ve been reading fantasy and science fiction for more than 25 years. I started with Wells, Stanislaw Lem, the Strugatsky brothers, Ray Bradbury, and Philip K. Dick. After reading through the classics, I discovered the Hugo and Nebula Awards for SF and went through all the finalists. After that, I gradually moved on to lesser and lesser known books and authors. After scraping the bottom of the barrel for some time, I lucked into web series, books written one chapter at a time and posted on forums or blogs. And how glad I am that I found them, because all the books on this list below are representatives of this category.

Harry Potter and the Methods of Rationality

By Eliezer Yudkowsky [link to the (free) book]

I’m sorry, this is the one book I won’t stop raving about. The following text is just my fanboy noises aimed to get you to read this book.

The tacky title of this fanfic didn’t help it stand out from that crowd. It was the author’s name that helped.

Eliezer was known to me as the champion of the rationality movement and author of many articles on lesswrong.com. Just the fact that such a person wrote a fanfic began to change my image of what a fanfic is.

It also helped that the author suggests in the preface to stop reading the book after the fifth chapter if you weren’t hooked. That’s a good heuristic to use with other books as well — it allows you to start a long book without fear of committing to finish it. And this is a book of considerable length. Fortunately this is one of those cases where the length of a book seems intimidating at first, but then becomes a joy when you realize that many more pages of this fascinating entertainment await you.

To enjoy this book, you don’t have to like or even have read the original Harry Potter books. It’s my top 1 recommendation even for people who don’t read much fiction at all (and they love it too).

I once tried to write my own novel. I researched how to structure it, how to edit it. I used my project management skills to break it down into small chunks and wrote them out. I edited them in iterations.

It sucked and the result was crap. I didn’t have the motivation to practice and get better. But since then, when I re-read HPMOR, I notice all the things the author did that are just. so. good. How it hooks me in emotionally and intellectually. How it changes the cadence without ever being too slow.

I was sad at the end of the first read, knowing for a fact that such excitingly captivating books are very few and hard to find. But there’s hope! Significant Digits by Alexander Davis is “the best HPMOR continuation fic” (quote from Elizer). The other books in this post are also similar.

Elizer is mainly working on AI alignment. I don’t want our world to end as much as the next guy, but it’s a pity Eliezer isn’t writing SF books for a living. 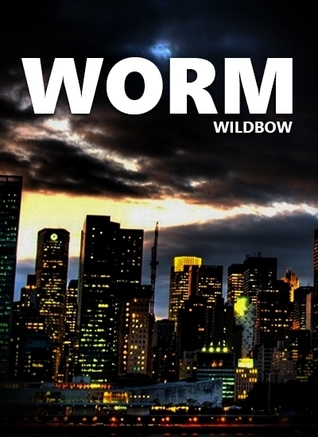 A grimdark world where superheroes aren’t so good and villains aren’t so evil is a popular theme these days, just think of the recent popularity of The Boys TV series. But Worm was the first book of this genre for me, and boy, did it take me away for a ride.

Endless cliffhangers and conflict escalation led to many nights where I couldn’t stop reading until sleep finally took me at 4am. Usually when a book is this interesting I finish it quickly, but not this one. This book is 4 Wars and Peaces long. So it was a lot of sleepless nights.

After I finally finished it, I wanted more. And the fanfic world didn’t disappoint. I’ve been reading Worm fanfics for years. I’m not exaggerating, here’s an (incomplete) list of them.

Over dozens of fanfics, the characters and setting have become familiar to me, all the key situations have been lived through from different angles with different consequences.

At first I liked Worm because it fit my depressed mood at the time, but after years of fanfics, this world has become the ultimate cozy feel-good read, where I return to old friends and places and relieve fond memories.

(This transition to warm and fuzzy was influenced by some of ack1308’s wholesome Worm fanfics, where each and every conflict is resolved in the best possible way.)

By Alexander Wales [link to the (free) book]

The LitRPG to rule them all. Interesting mechanics, but not too much of it. So meta and trope-riding, -bending, -exploiting that it’s at least three levels deep. The author is the king of nuanced worldbuilding. My god! He’s made a variety of worlds with details down history and politics.

Other fiction: a horde of ugly goblins invade with mindless fury, killing innocents and destroying millennia-old elven forests. They force the main character to wipe them out. He moves on to the next challenge.

This book: a horde of ugly goblins invades. But their ugliness doesn’t dehumanize them, they’re still people. People who have a long history with elves, with war crimes on both sides. The new political regime of Goblinland forced this goblin contingent to flee their lands or be persecuted as a minority. There are also women and children behind the soldiers. The main character understands all this and when the negotiations fail, it’s not an easy moral decision to kill the goblins. Some of the horde warriors are defeated, but that still leaves the surrendering goblins and their families to deal with. You’ll need logistics to organize it all.

Humanitarian crisis, supply chains, politics, ethics — this book has it all, and that rare depth pleasantly tickles my brain.

The author seems so much smarter than I’m that he can conjure up all these worlds and unite them in a story with just the right… everything for me. It’s like reading Slate Star Codex: someone intelligent has thought through a lot of details and made them accessible to me.

Also, and this is a recurring feature of all the books on this list, this book is lusciously long.

By Domagoj Kurmaic [link to the (free) book]

A progression fantasy in which the protagonist grows not only in skills, but also in wisdom.

The first chapter felt a bit awkward in terms of dialogue, but then the story really picked up, the complex situation unravelling with lots of action, and that hooked me in till the satisfying end.